How to Use AI: A Short Guide for the Communications Professional.

The Future of Sales: Chatbots?

How to Find a "Big Idea" for Your Ad Campaign

How to Leverage Cognitive Bias to Make More Sales in 2022 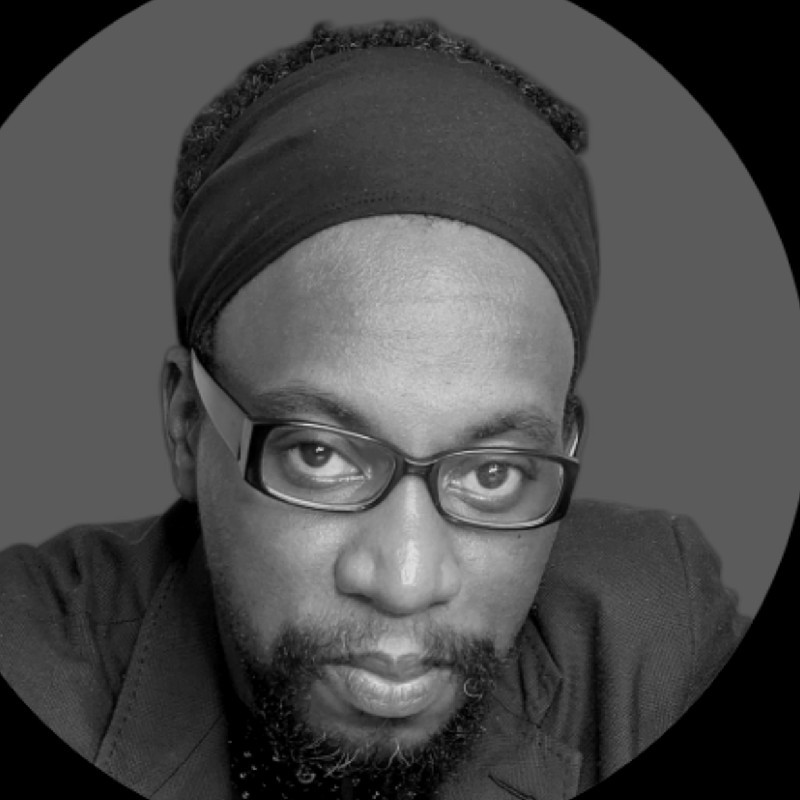 The goal of HelloScribe is to help professionals improve their everyday productivity and creativity using artificial intelligence. I love this job.
view All Posts

If your work involves creative thinking or writing, it’s important to have a system for coming up with ideas. Otherwise, you’ll struggle - sometimes desperately - to find novel solutions to creative problems. This is where artificial intelligence can help.

“Creative Assistant” was my first assignment in the Agency. My job was to come up with as many ideas as possible for any client that walked through the door. Everything from taglines, video scripts, and brand campaigns to blog posts, ad copy, social media contests, sales promotions, and communications strategy.

In this job, you share your ideas with a Creative Director. And that person decides whether your idea is worth pursuing. It’s part bootcamp and part hell, because often what you think is a brilliant idea — is a turd. If nothing else, the job teaches you that having good ideas is the result of having many ideas. And to have many ideas you have to expose yourself to them.

So I did. Day-in, day-out — scouring the web, reading everything I could find, watching movies, music videos, having conversations with strangers, looking at old campaigns, listening to music, taking long walks, extended moments of silence, and pacing the room with a tiny black notebook and a pencil in my hand or behind my ear.

The ideas were easy to come by, but the good ones were elusive. Sometimes they hit. Sometimes not. And sometimes the creative juices didn’t flow at all. The muse only showed up when there was a deadline. I suspect many of you have had a similar experience.

I quickly discovered that if your work involves creative thinking, and you don’t have a system for coming up with ideas, you’re in for a tough time. This is where the artificial intelligence (AI) writing and brainstorming tools come in handy. And in this article, I’d like to show you how to use these tools to craft messages that connect with your target audience.

Before going further, let me say this: You don’t have to be an expert to use what I’m about to show you. And if you happen to be an expert, you might find using them makes you sharper.

For this exercise, I will create a fictional company called Antler Space Travel. The brand will need to develop specific communications to make an impact in the market.

The Case of Antler Space Travel

Antler is a commercial space travel company that wants to develop a communications program that will get buy-in from employees, shareholders and the wider public.

The Antler team is using HelloScribe, an A.I for Creative Professionals to help them with PR writing and brainstorming Marketing ideas.

You can try HelloScribe for yourself here for FREE.

Now remember, all of the examples I'm about to show you are AI- generated. But a human has to select which version of the text or idea most aligns with their intent. These tools are only valuable with a human-in-the-loop!

The Story of Antler

In the not-too-distant future, Antler Space Travel is humanity's first and only option for reaching other planets. Our spacecraft are sleek and efficient, able to take passengers anywhere in the solar system. Antler Space Travel provides an essential service to society - allowing people from all walks of life to explore the universe beyond their own planet. We pride ourselves on our impeccable safety record and customer satisfaction rate, and we work hard to ensure that every passenger has a truly unique experience.

This is their vision:

"To lead the way to human exploration of space by developing technology that makes affordable and accessible commercial space travel a reality."

This is their mission:

“We are dedicated to unlocking the mysteries of space and enabling humans to experience life beyond Earth. We do this by developing innovative spacecraft technologies, growing a supportive global community of travelers, and designing unique experiences that inspire people everywhere to dream big.”

Antler joins a growing list of companies such as Amazon Blue Origin and SpaceX that are heading into space. Creating a value proposition that helps them to stand out from their peers goes a long way in helping to define Antler in the mind of the consumer.

This is their following Value Proposition.

Making Space Travel Affordable and Accessible for Everyone.

Now for the fun part!

Antler needs to establish a presence in the Media. Unlike their competitors, they don’t have a Musk or Bezos at the helm, so they have to work a little harder to get attention. Antler’s public relations strategy recommends the following activities for putting Antler on the map.

One good thing that Antler has going is that its CEO, Anna Lee, is female . This is a key differentiator in a male-dominated industry. The team believes that putting her story out there will garner positive press.

This is her AI-generated professional profile:

"Anna Lee is the CEO of Antler Space Travel. She is an MIT graduate, married, a mother of two who is a passionate scientist and entrepreneur with a love for space exploration. Anna leads the development and operation of the company’s space programs. Her mission is to make space travel accessible to everyone and promote scientific research through innovative space tourism projects. In her spare time she enjoys spending time with her family, cooking Caribbean dishes in her kitchenette — most notably jerk chicken — reading science fiction novels (her favorite genre), listening to reggae music (especially Ziggy Marley), and charting new heights on any climbing wall that crosses her path."

Here is a quote from Anna:

“Space travel is not only a thrilling experience; it’s also an important step forward in our quest to explore the universe. With each new journey into space, we move closer to unlocking its mysteries and discovering what lies beyond Earth.”

Now let’s see if we can score an interview with Forbes Magazine. We use HelloScribe to write a media pitch (email) to one of their reporters.

I wanted to reach out and see if you would be interested in an exclusive interview with the CEO of Antler Space Travel. We are changing space travel by making it easier for everyday people to travel to mars. Our technology is cutting edge and we’re excited about the possibilities it holds for the future of human exploration. I believe your readers would love this story and I would appreciate you spreading the word among your audience.

Would you be available for a call?

Thank you so much!"

We got the interview!

Now, let’s prepare our CEO for the interview. She’s going to need some talking points to keep her on track. Here’s how we do that:

2) Antler’s spacecraft are designed for human safety and efficiency

4) Antler will make space exploration accessible to everyone

5) With the help of technology developed by Antler, humans can explore other planets in our solar system

With our charm offensive gaining traction, we now need to get Antler in the news. One way to do this is to create an event. Invite the press, bloggers, social media influencers to the event.

Here are some ideas for the event.

The team likes this suggestion:

“A Ride to Mars: The Antler Experience!” — Have your guests embark on a simulated trip to the Red Planet aboard Antler’s sleek spaceship. From their seats in the main cabin, they’ll be able to enjoy views of Earth and its orbiting satellites, while also taking part in interactive experiences that will make them feel as if they’re really traveling through space.

PR is an important tool for getting your brand out there, but earned media success doesn’t come easily- especially when your competition has vast resources. And thousands of other brands are also competing for attention.

So the team decides to create a Marketing campaign.

Let’s see some of what our A.I suggests:

1. Create a video ad that highlights the unique experience of being able to see Earth from orbit and visiting other planets.

3. Sponsor events or activities related to science and technology (e.g., robotics fairs), which might attract younger crowds with an interest in outer space.

Now we need a Voice Over Script to bring the brand to life on screen:

Script: Beyond our world, there are places waiting to be discovered. Places where the sun rises in the west and sets in the east.

Where planets orbit other stars . . . And beyond that, new worlds, galaxies nested inside of others still undiscovered.

What if you were one of those space explorers? What would it feel like to fly through unexplored airspace or boldly explore uncharted waters?

Wouldn’t you want to share your discoveries with everyone — even if only for a moment?

At Antler, we are making it easier than ever before for anyone — no matter their experience or fortune -to boldly go where no one has gone before.

Now let’s put a Billboard in Times Square…here’s the concept.

An image of a teacher, a scientist, etc. emerging from a space shuttle with the text “Antler: Go Beyond”

A series of ads will run in popular magazines, telling the story of a guy who's decided to leave his comfortable life behind and travel through space. The photos are dramatic and suspenseful, with quotes like "sometimes you have to break free from what's holding you back" or "wouldn't it be amazing if we could see the universe?"

And a publicity stunt:

In various cities across the world, a fake spaceship will be set up in public places. People can enter to win tickets on Antler's trip to Mars, which will take place in 2020. The publicity stunt encourages people to think about what they would do if they won the ticket and helps them prepare for possible questions when they go ask their friends/family members etc.

Get where this is going?

The example above illustrates how A.I can serve the communication needs of any company. Not only can you unburden your team from the creative blocks they face, you also leave room for that most important aspect of the profession: creative judgement.

These are powerful tools and they come with some important responsibilities. In the next article I will offer some ethical rules for the road.

Artificial Intelligence
Marketing
All posts are written with AI assistance from HelloScribe.

New Posts to Your Inbox!

Thank you! Your submission has been received!
Oops! Something went wrong while submitting the form.
Never Spam
Unsubscribe anytime

How to Use AI: A Short Guide for the Communications Professional.

The Future of Sales: Chatbots?

The New Marketing Agency: How to Build It and Why You Need it

Please send feedback and tell us what you think of the app: